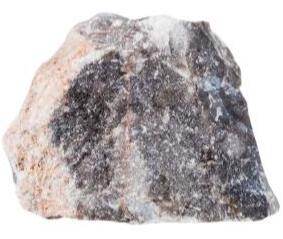 Limestone is a sedimentary rock composed mostly of the mineral calcite and comprising about 15% of the Earth’s sedimentary crust. It is a basic building block of the construction industry (dimension stone) and a chief material from which aggregate, cement, lime and building stone are made. 71% of all crushed stone produced in the U.S. is either limestone or dolomite.

Limestone is a sedimentary rock composed mostly of the mineral calcite and comprising about 15% of the Earth’s sedimentary crust. It is a basic building block of the construction industry (dimension stone) and a chief material from which aggregate, cement, lime and building stone are made. 71% of all crushed stone produced in the U.S. is either limestone or dolomite. As a source for lime, it is used to make paper, plastics, glass, paint, steel, cement, carpets, used in water treatment and purification plants and in the processing of various foods and household items (including medicines).

Most limestone and dolomite are mined from open quarries, although in many areas economic and environmental considerations favor large-scale production by underground mining. The only carbonate materials not consistently recovered by surface or underground mining are shell products that are dredged from parts of U.S. coastal waterways.

The basic elements of surface mining are overburden removal, drilling, blasting and hauling ore to the crushing and processing plant. The selection of surface mining equipment varies with the particular requirements at each operation, including production capacity required, size and shape of the deposit, haul distances, estimated life of the operation, location relative to urban centers, and other social and economic factors. Other factors that must be considered in surface mining are the value of the products produced, location of competitive operations, and environmental and safety requirements associated with a particular deposit.

The basic operations in underground mining are drilling, blasting, loading and hauling, scaling and roof bolting. Drilling equipment includes horizontal drills and downhole track drills. This equipment is generally quite different from that used for surface mining and results in much smaller blast holes and a lower volume of rock produced with each blast. Other equipment required in the underground mine includes powder loaders, which are used to blow ammonium nitrate–fuel oil mixtures into the blast holes. Scaling rigs, which are used to remove loose rocks from the ribs and roof of the mine, and roof-bolting equipment may also be required in an underground mine.

Most underground limestone and dolomite mines are room-and-pillar-type operations, and many recover rock from both headings and benches. It is not uncommon for an underground limestone mine to have several benches and an overall mine height up to 30 m. Whereas the thickness of the deposit being mined is directly controlled by the thickness of the rock and related roof conditions, it is not uncommon for an individual heading to be 7.5 to 10.5 m high, and in some instances to reach as high as 15 m. Rooms are generally 13.5 to 15 m wide, which, depending on the type of drilling jumbo used, normally can be mined with one- or two-drill setups.

A V-type drill pattern is commonly used to maximize the amount of rock produced with each shot to reduce the amount of unbroken rock in the shot face. Roof scaling is normally required as a safety measure; roof bolting may or may not be required, depending on roof conditions at the individual mine. Loading and hauling equipment may include standard 22 to 45-ton haul trucks and correspondingly sized front-end loaders. In some mines, the loading equipment may be more typical of underground hard-rock operations and may include load-haul-dump units or other types of tramming equipment.

The largest use of lime is in steel manufacturing where lime is used as a flux to remove impurities such as phosphorus and sulfur. Lime is used in power plant smokestacks to remove sulfur from the emissions. Lime is also used in mining, paper and paper pulp production, water treatment and purification, and in wastewater treatment. It is used in road construction and traditional building construction. 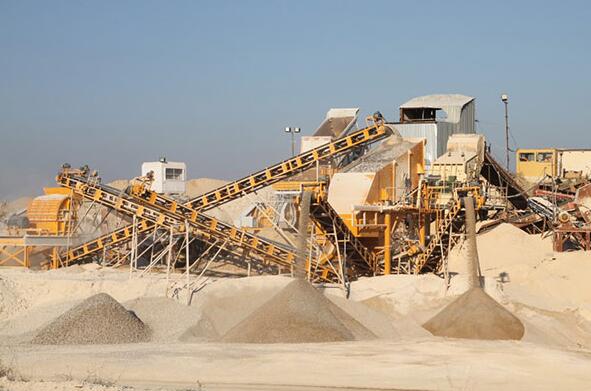