2) Material deposit
Exciter beams often accumulate material deposit, if not cleaned up in time, it will cause the beam of vibrating screen parts wear severity and break. 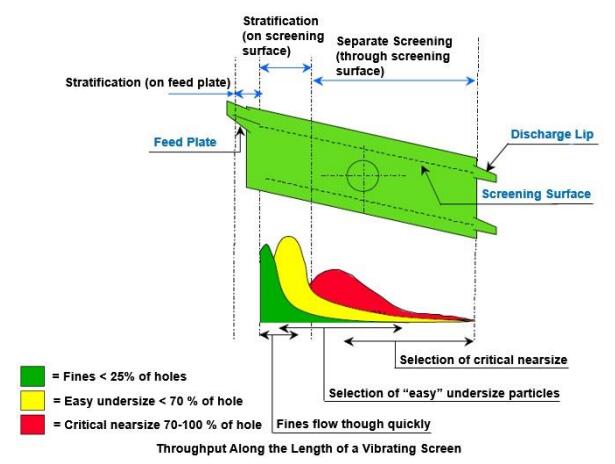 Vibratory screening equipment manufacturer must in the light of the vibrating screen design. And attention to the technical requirements of the mark. If there is cursoriness in manufacturing, the beam is easy to go wrong.
There are a few things to note when manufacturing:
1) Welding: must use the stipulation welding Rod, can not have the welding flaw, the welding craft must guarantee the welding distortion to be small.
2) Adopt reasonable technology to ensure the geometric tolerance of the beam.
3) Heat treatment as per drawing.

Measures for crossbeam cracking
The usual way to deal with the cracks is to open the groove in the crack for welding. Then replenish the plate. The crack treatment of the parts is usually riveted or welded by adding plates, and the replacement of parts is carried out when necessary. The riveting effect is generally good because the connection will not produce vibration direction of the internal stress. The welding adaptability is wide, but it is difficult to avoid the welding residual stress when dealing with the cracks.

① The stress control generally adopts the reasonable welding sequence to make the weld contract and preheat freely as far as possible. The temperature difference of weld bigger, the stress of remnant bigger, the cooling speed faster, the transformation stress bigger. Preheat can decrease the temperature difference and reduce the cooling speed, co-contraction. The shrinkage of the weld is restrained by the cooling metal nearby. And the tensile stress is relieved or partially relieved if appropriate technical measures are taken to allow the cooling metal to contract in whole or in part.

② Heat treatment is commonly used for stress relief, mainly refers to a post-welding annealing treatment. Annealing heating temperature is generally 600 °c-650 °c, holding time is 4min-5min per mm thickness in generally. Then cooling, 100 °c-150 °C can be free cooling in the air.
Low-temperature treatment to eliminate welding stress on both sides of the weld with an oxygen-acetylene torch heating. The certain distance behind the torch with a water pipe spray water cooling.
There is a fixture fixed welding to eliminate deformation stress, hammering to eliminate stress, low-frequency vibration method to eliminate welding stress.

The fracture of the girder is one of the common faults of the vibrating screen. We are not anxious after encountering it, to find out the reason and take corresponding measures so as to resume production as soon as possible.