Coal gangue is a kind of pollution sources which produced in coal mining. It can recycle via coal gangue crushing and screening. The gangue discharged from coal mining is composed of various kinds of rocks, the hardness and calorific are different. Analyzes the effect that different crushers machine crushing gangue. 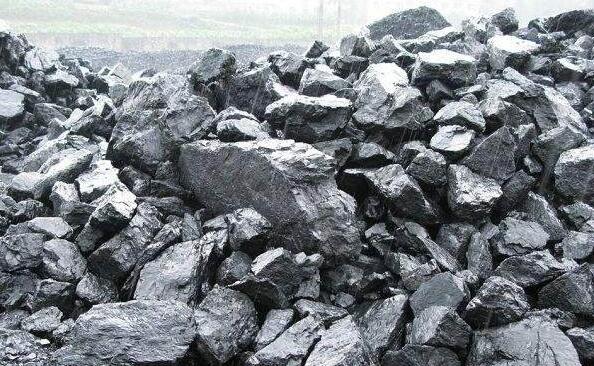 Coal Gangue is a kind of solid waste discharged from coal mining and coal washing. It is also a kind of black-gray rock with lower carbon content and harder than coal. Its main components are Al2O3 and SIO2. In addition, it contains various amounts of Fe2O3, Cao, MgO, Na2O, K2o, P2O5, SO3 and traces rare elements (gallium, vanadium, titanium, cobalt).

The rock mineral composition of coal waste. The sedimentary rocks in coal seams include carbonaceous shale, sandstone, siltstone, inferior coal and so on. Sandstone is sometimes gray, sometimes white, and can clearly see silt grains, irregular fracture. The structure of the sandstone is hard and rough. Carbonaceous rock is black, black gray mostly, and the surface has grease. Carbonaceous rocks are more brittle with layered and lamellar structure. It can be easily crushed down in crushing processing. Poor quality coals are visible to the naked eye as they contain coal, which will break off when hard objects are struck. The calorific value of different composition coal gangue is different. This difference provides data analysis for the crushing and separation of coal residue.

Through the research and analysis of laboratory crushing, washing and discharging gangue sampling, brick factory crushing gangue sampling and coal sampling in power plants. It is found that there is an inverse relationship between calorific value and particle size. If we make good use of this relationship, and then through the appropriate screening process classification, the separation effect is better. The small particle size of gangue and high heat value can be selected by the gangue power plant. The middle one can be selected by the gangue brick plant. The rest with large particle size and low heat value can be selected by the concrete plant as raw material. The following is a comparative analysis of various crushers.

After the action of the jaw crusher, more coal gangue particles larger than 4.75 mm are collected. After screening, the difference of the calorific value of various particle sizes is very small, and the separation effect is just so so. The main reason is that the jaw crusher is usually used to crush the material with larger particle sizes. But the coal washery gangue particle size is usually less than 200mm. So the relatively small particle size will leak out from the large discharge port and no crushed. If the choice of small size, discharge mouth narrow crusher equipment, the crushing efficiency will be greatly reduced. It doesn’t meet the requirements of the production crushing index.

Unlike the jaw crusher, the material particle size after double roller crusher crushing and extruding is fine. There is no regular change in the calorific value of various particle sizes after sieving. Due to the specific crushing mode of roll crusher, the material crushing is more adequate. If crusher the coal waste which is more easily crusher, all the components will be crushed to smaller particles. The high-heat materials will not be an effective classification, and the separation effect is not good.

However, the proportion of particles which larger than 4.75 mm was higher, and a lot of uncrushed coal gangue. So, it can be seen that the crushing effect of this process is not good. The reason is that the size of the washed gangue is not large(usually less than 200mm). But the ratio of crushing of single-stage hammer crusher is large, crushing materials are generally larger than 600 mm. Therefore, some coal gangue will leakage from the hammer body after it from the inlet into the machine internal.

The working principle: After the coal gangue is sent to the crusher by the belt conveyor, the distributing device first plays the role which pours the coal gangue into two paths. The two ways of gangue are effectively dispersed, so as to effectively improve the efficiency of two parts of gangue self-impact crushing. The new type of coal gangue crusher can achieve the ideal impact crushing effect and improve the separation efficiency. 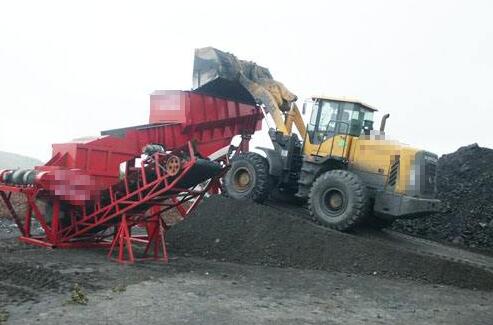